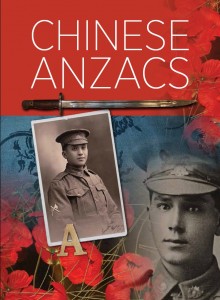 Last year, as part of the Centenary of Anzac, Melbourne's Chinese Museum produced an innovative exhibition on the role of Australia's Chinese community in the Anzac story of WW1.The re-discovery of these stories provides a great opportunity to expand awareness of a fuller story of Australia's diggers and an opportunity to expand awareness of Australia's Anzac story to our Chinese-Australian community.
Trooper Billy Sing and Lemnos
Over 200 Chinese Australians served in WW1.One of those was Trooper William "Billy" Sing, the son of a Chinese-born father and English-born mother. Born and raised in Queensland, Billy would serve with the 5th Australian Light Horse and become Australia's most effective sniper during the Gallipoli campaign. He also came to Lemnos - receiving medical treatment there for illness during the Gallipoli campaign. During his stay on Lemnos in July he is reported to have enjoyed the benefits of local food - purchasing chickens, eggs, eggplant and tomatoes from the local villagers. He survived Gallipoli and went on to serve in France, be Mentioned-in-Despatches, be awarded the Distinquished Conduct Medal and the Belgian Croix de Guerre. A famous Anzac indeed.

A number of resources are now available.
Chinese Anzac's Booklet
The Australian War Memorial and Australian Department of Veterans Affairs has produced a 43 page booklet and CD with the involvement of the History Teachers Association of Victoria that are available for purchase from the AWM bookshop. The booklet includes detailed biographies of the following Chinese Australian Anzacs -The Kong Meng brothers, Benjamin Moy Ling, Hunter Poon, Samuel Tong-Way, The Langtip brothers, Richard Wong, Thomas Hughes, William Ah Chow and Billy Sin.

The booklet can be downloaded by following this link.
Chinese Anzac's Education Resource
Melbourne's Chinese Museum and the History Teachers Association of Victoria with the support of the Australian Department of Veterans affairs has released an educational resources booklet - which includes biographies of some of Australia's Chinese Anzac's. The stories detail the life and services of a number of Anzacs -Benjamin Moy Ling, Caleb James Shang, Richard Wesley Wong, Samuel Tong-Way, The Langtip Brothers, Billy Sing, Hunter Poon and Thomas William ‘Bill’ Ah Chow.
You can download this by following this link.

We hope you find these resources useful. 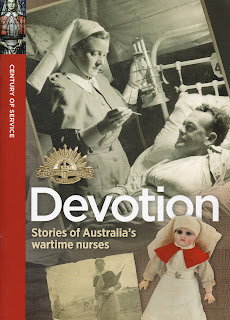 Three new booklets published by the Australian War Memorial and the Australian Department of Veterans Affairs are a must have for all interested in the Anzac story.
The three booklets were recently revealed at the RSL National Conference.
The titles are as follows:
These booklets are high quality and well prepared.
Devotion
Supporters and members of our Committee will welcome the fact that Devotion includes a section on Lemnos and Matron Grace Wilson. The relevant pages are reproduced below: 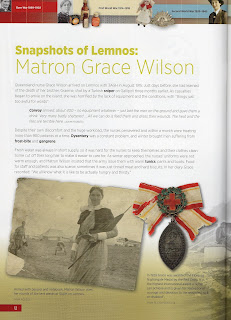 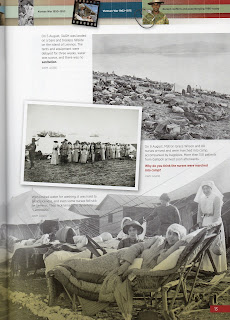 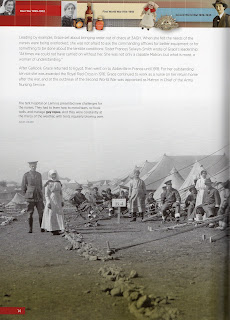 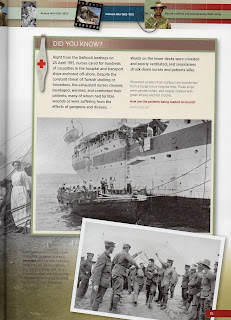 You can download a PDF of the whole Devotion booklet by following this link. 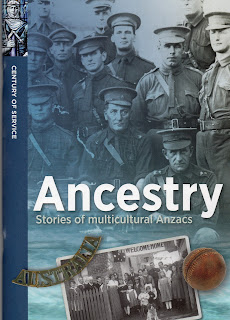 Ancestry
This booklet is a welcome addition to the Anzac library.
Our Committee has long argued for greater recognition of the diversity of the Anzac's - with over 1,000 indigenous Anzac's, approximately 30% having been born overseas and a high proportion of the remainder having parents born overseas.
It highlights a number of biographical stories - from English-born Charles Bean, Greek-born Nicholas Rodakis, Sicilian-born Coriglianos brothers and indigenous Trooper Frank Fisher. A selection of some pages from the booklet and some of the biographies are reproduced below. 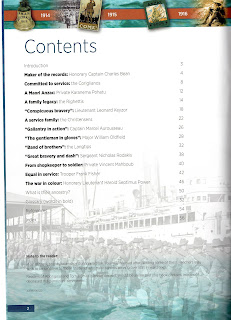 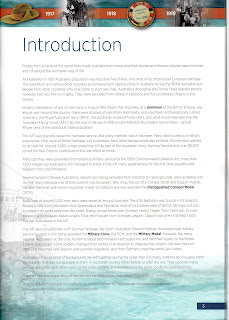 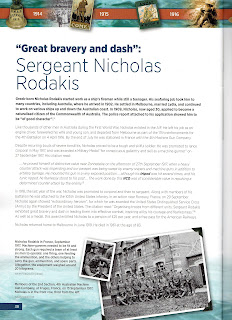 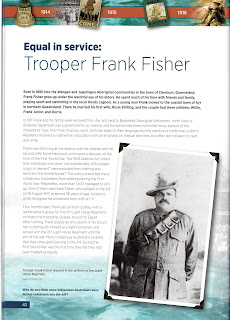 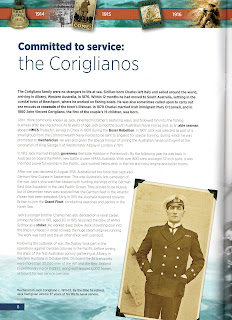 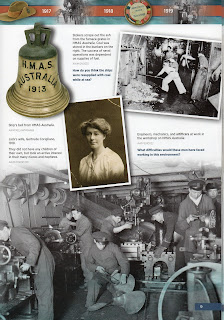 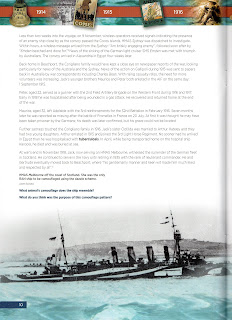 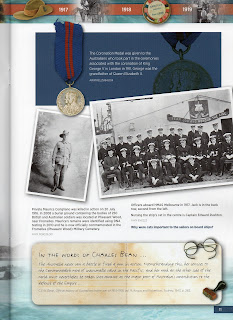 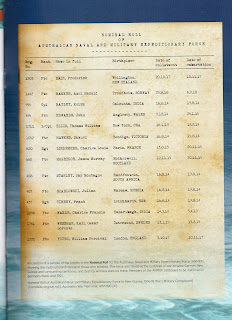 How to get copies
Contact the Australian War Memorial, the Department of Veterans Affairs or your local Federal MP to obtain a copy of these great new booklets.
We hope you find this promotion useful.
Thanks to Committee Member Ange Kenos for making us aware of these new booklets. 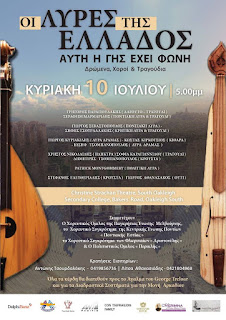 Victoria's Pontian and Cretan communities have been strong supporters of our Lemnos Gallipoli Memorial projects. This is in recognition of the role of Hellenes from Asia Minor and Crete who fought alongside the Anzac's and Allies at Gallipoli - as well as in support of the role of Lemnos in the Gallipoli campaign.
Support these Major Commemorative Projects
The following cultural event brings together the best of Melbourne's Pontian and Cretan music to support two new great commemorative initiatives.
All proceeds from the event are going towards making the proposed Major George Treloar Memorial in Ballarat a reality and to assist with the 150th anniversary of Crete's Arkadi Monastery.
Australia's Major George Treloar, a brave WW1 soldier, assisted over 100,000 christian refugees in Greece who had fled their homes in Asia Minor in the former Ottoman Empire in 1922/23.  The Memorial will be the first significant recognition for GeorgeTreloar's humanitarian efforts in Australia.
A Unique Cultural Event
The Pancretan Association of Melbourne together with the Central Pontian Association (Pontiaki Estia) are hosting a music and dance concert titled: “The Lyres of Greece”.
The concert will include the regions of Greece and in particular Crete, Pontos, Drama and Constantinople. International Artists include Serafim Marmaridis from Thessaloniki and Grigoris Paragioudakis from Crete, together with local artists Sifis Tsourdalakis (Cretan Lyra & Vocals), Giorgos Sevastopoulos (Pontian Lyra), George Kyriakidis (Lyra Dramas), Patrick Montgommery ( Politiki Lyra ), Kostas Kirkotsios (Guitar), Sofia Karagianidou (Vocals), Giorgos Athanasakos (Oud), Dimitris Tzombanopoulos (Percussion), Stefanos Eleftheriadis (Drums).
The Dance Groups that will showcase the regions include Pontiaki Estia, Pancretan, Florina Aristotelis and Periklis.

When:      The concert will take commence at 5pm, Sunday 10th July
Where:    The Christine Strachan Theatre, Bakers Road, South Oakleigh.
Tickets:   Only $30