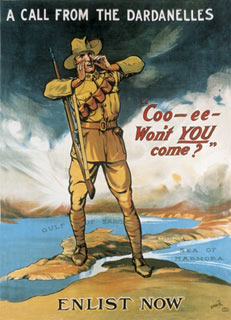 The Commemorative Committee has been established to firstly promote the commemoration of the involvement of ANZAC forces that went through or were based on the Island of Lemnos in the 1915 Gallipoli campaign and secondly the connections between Greece and Australia in terms of military campaigns in both WW1 and WW2. We aim to promote this through engaging with government (at all relevant levels), the private sector and communities in Australia, New Zealand, Greece and especially Lemnos. We see this has potential to:

We are particularly focused on ensuring that the Anzac connection with Lemnos is appropriately recognised in the forthcoming Centenary of Anzac in 2015. Consequently, we have engaged with the Australian, New Zealand, Greek and Lemnian govenrments and authorities to this end.

For more information on these - go to the Australian Government's Centenary of Anzac Commission and the New Zealand Governments WW100 Office.